I can’t remember an interview I had to do without rain making an appearance. There was the one where I was marooned on an industrial estate in Swansea by an inconsiderate cab driver in the middle of a proper storm. There was one when I had to wait, umbrellaless, for hours in the rain for the celeb to show up on the red carpet and then, how can I forget, there was another one when with an extreme case of frizzy hair, I interviewed a way too perfect actress (is there any other kind?) with smooth,  well behaved, blonde hair.

Then there’s last Thursday when in the middle of, I am sure it was, Tsunami Ffion Catrin I walked in the lavish reception of the Park Plaza in Cardiff to meet the nicest rain-interviewee yet, Mr. David Mahoney.

(Fear not, by the time I met David I had managed to dry myself up, brush my hair, reapply makeup and have a pretty casual, cool appearance while standing by the entrance holding on my umbrella. Call me Miss Squiggles Poppins).

We were ushered by the lovely staff at the Park Plaza to our table and we talked about pretty much everything from music (he has recently worked with Pink Martini) to backgrounds (he’s Oxford material)…we had our phenomenal, cave-man style-afternoon tea and between a mini burger and a prawn cocktail shot, Miss Squiggles found out that…

He just celebrated his fifth year anniversary with Only Men Aloud

My association with Only Men Aloud starts five years ago. It’s crazy, absolutely crazy. I joined just after they won the TV show (Last Choir Standing). I knew one of the guys, who was in it, and he said that the auditions were coming up. I was living in London at the time. They were looking for two new members so I just thought let’s go for it…why not, nothing to lose. Hundred of us turned up on the day to audition and two got in so I was one of the two. That changed everything from me. I studied music at university but I have always intended to be a lawyer. I knew I needed to do a conversion course so I thought I would study something I enjoyed first. 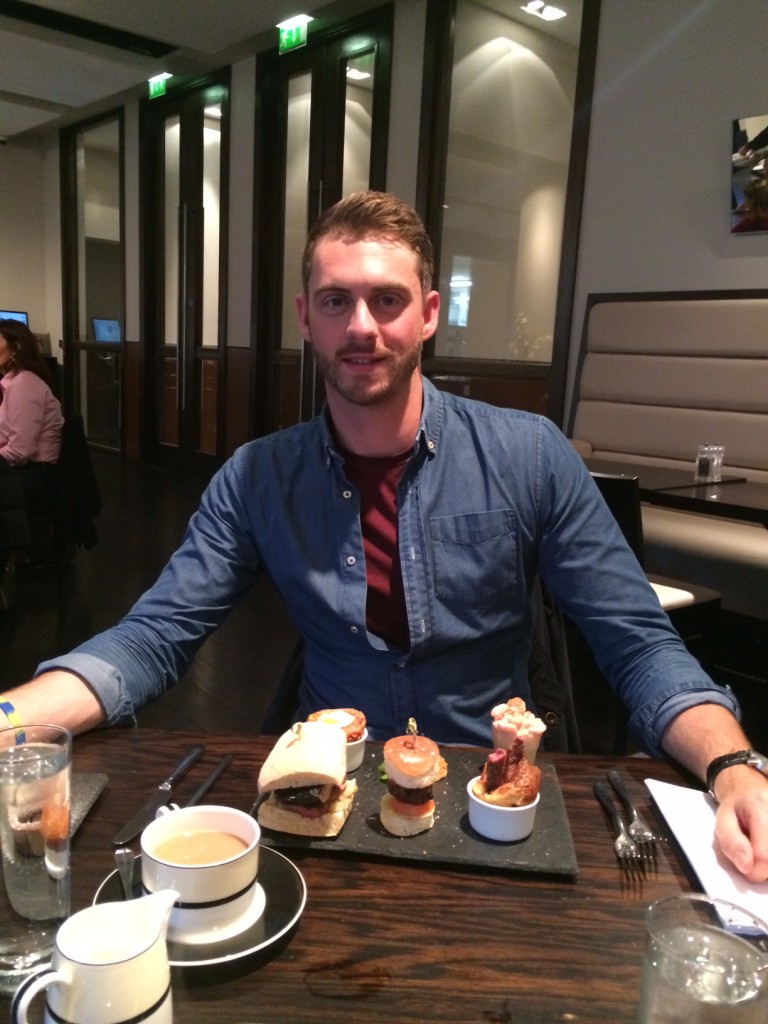 Initially I thought I would take it as a gap year, a bit of fun and five years later it’s still going so it didn’t only change the fact that I wasn’t going into law but it also opened my eyes to the music industry and that there were opportunities in that world which I wasn’t really aware of. I have been starting all the things I do as result of Only Men Aloud. We are about to go on our annual UK tour, we have 12 shows in December, we film a TV show next week and we announced our next album and it’s coming up in June; it’s going to have a summery vibe. We have done lots of outdoors events and festivals around the UK, US… It’s all because of Only Men Aloud.

One of his greatest achievements was singing at the Opening Ceremony at the Olympics in London 2012.

We sang as the cauldron was lit…we stood right there and there were billions of people watching. It was incredible, very special and because we were singing when the torch was lit they always rehearse it at last because it’s the most top secret thing. That was very exciting, we got to meet all the people involved. So that was very cool…

The Only Men Aloud guys are a very nice bunch

There’s lots of banter. I think [that] if we didn’t get along with each other it would be difficult as there are times when we spend every second of every day with each other for many months. It’s crazy, you have to pinch yourself…even when you’re tired or busy, you have to take a step back and realise we are doing something quite cool and that we are very lucky to be in that situation. 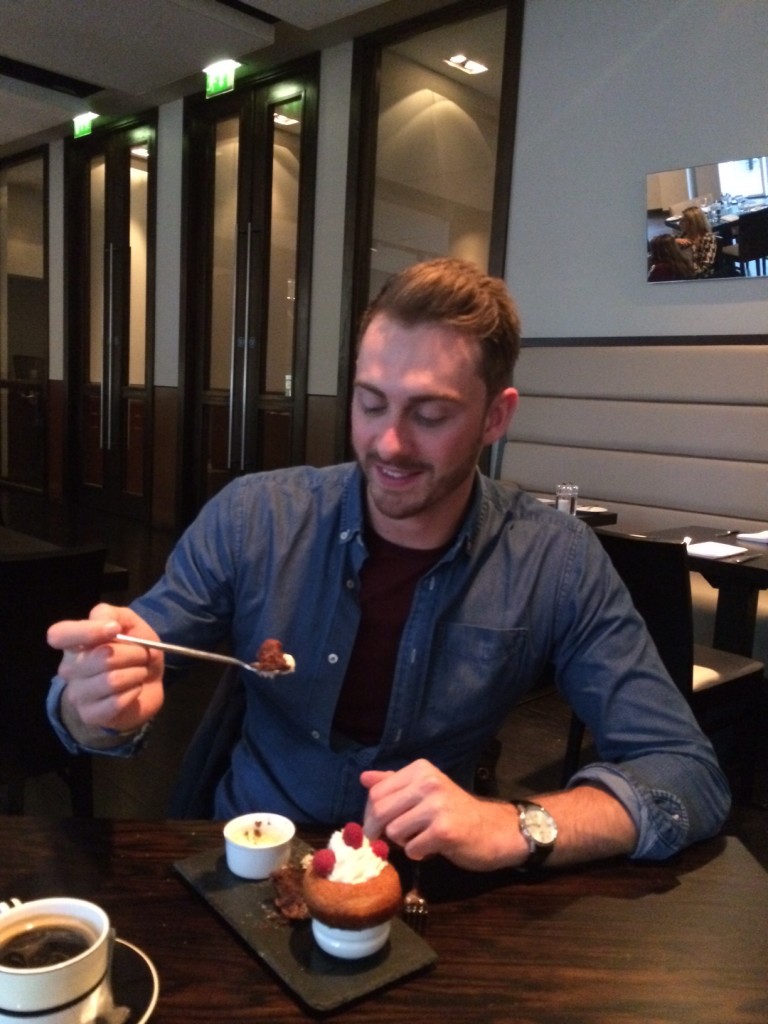 He has been drawn back to Cardiff because of the arts

I had no hesitation in coming back here making my home here again because there is so much going on, it’s a creative hub. More than anywhere else…London is so vast while in here there’s so much going on but it’s more contained. And I think the fact we have this Welsh connection and the fact that we are from Cardiff has given us more opportunities….we have our own media, TV channels, etc…

He loves writing about Cardiff on Cardiff Life Magazine 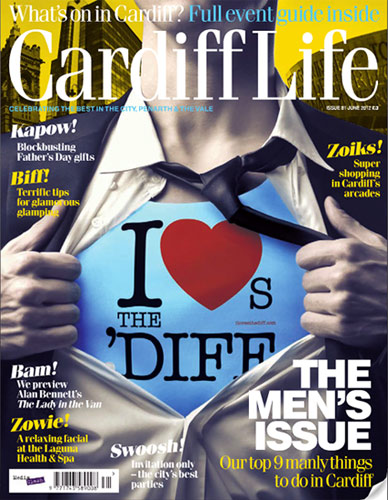 The best thing is that I can literally choose any topic at all. There’s no guidance as such. I just write my take on something but it’s quite challenging because you have to keep it entertaining. It’s nice and what you realise about it is that most of the time I write about something that is related to Cardiff, that has some sort of connection. There are very few places in the world where I would see myself living that are not Cardiff.

His favourite venue in Cardiff is the Wales Millennium Centre 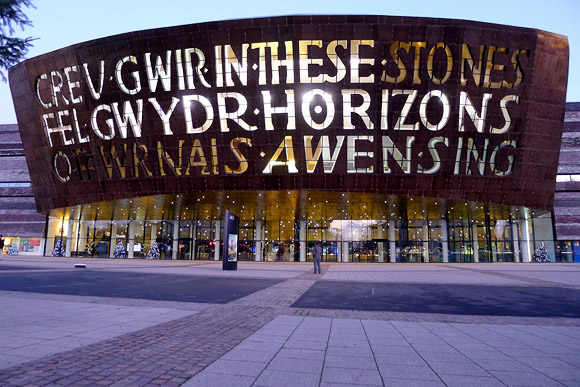 My favourite venue has to be the Wales Millennium Centre mainly because it has been a very important part of me, of my career and my experiences. I have (had) some memorable performances there.

His favourite Frozen’s song are Fixer Upper and in Summer. 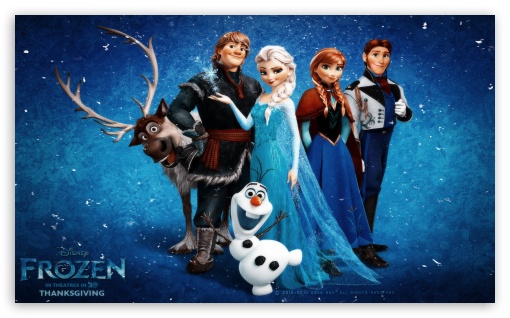 I have to put my hands up. I am a big fan of the Frozen soundtrack. Great songs, great songs.

His Favourite song by Pink Martini is Brazil

One of the moments I would never forget was one of the last songs we did, it’s called Brazil, and I was in the middle of conducting and I turned around and every single person was on the feet dancing. So to me the feeling that everyone was fully entertained, having a good time was the highlight. So I am going to go for Brazil because of a personal connection.

They’re so musically gifted, the quality of music. They can just take any song and make their own and that’s what people love. As a show, you can’t possible get bored because it’s a journey… one of the most amazing experiences -musically-wise-of my life. 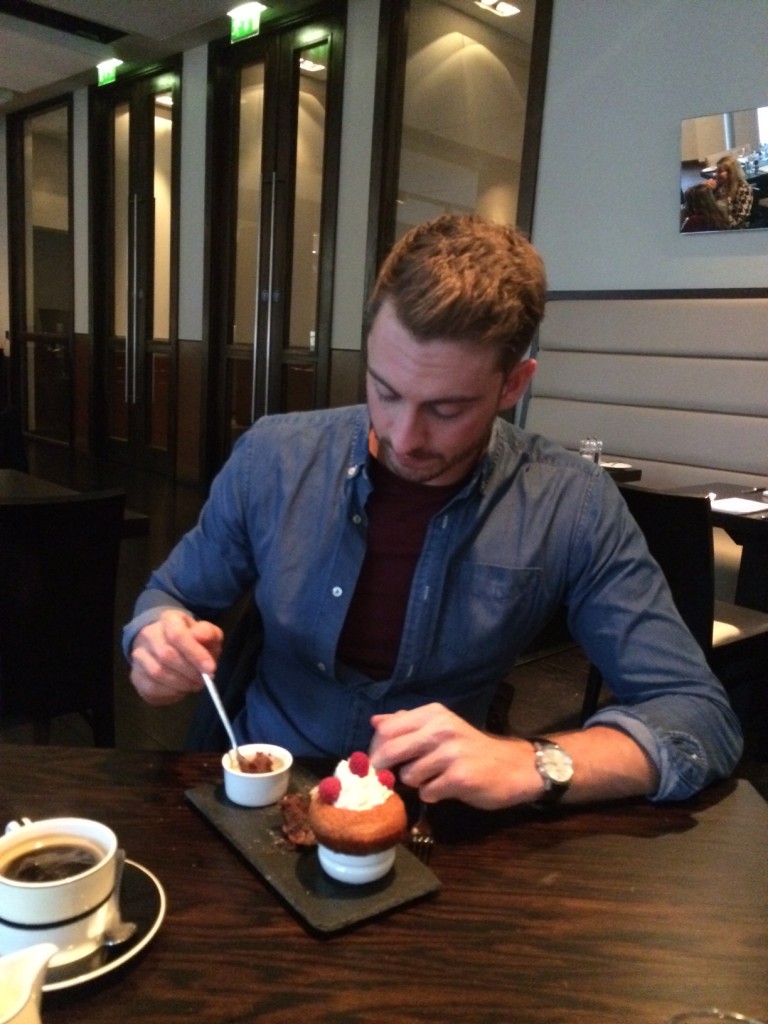 His grandfather is his biggest inspiration

My grandfather is my biggest inspiration. He passed away now…he was incredibly hard working. He was from Germany, he couldn’t speak English…he was very proud of me. We always had conversation in my broken German but we were still very close despite we couldn’t ever have a flowing conversation.

He loves watching the audience’s reaction

As long as I know that there are people who are actually gaining something from what I am trying to do that will be kind of enough for me. The greatest thing is to see the reaction of people…for you it’s just work but seeing people getting genuine fulfilment from something you’re providing is an amazing thing. Nothing beats knowing that there’s a crowd of people standing in front of you that it’s there because they want to see you, is entertained by what you do…

…and people are going to be entertained again in December when the Only Men Aloud (apparently the Welsh version of One Direction, David’s word), will come back to Cardiff’s St. David’s Hall for, I am sure, an amazing night of music, fun and entertainment.

Thank you very much, David. It was a pleasure.

Outside the rain has come back again but this time it was really worth it. 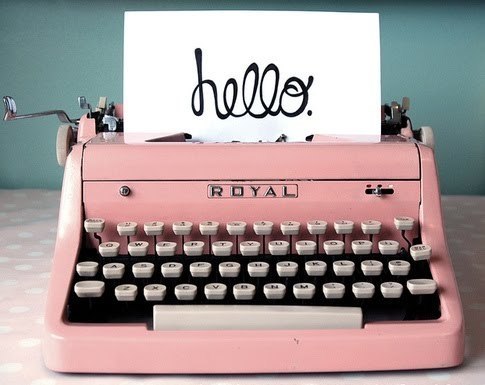 Miss Squiggles: You can organise a dinner table and you can invite anyone up to 5 people, who do you invite?

Nigella Lawson. She’s coming and she’s doing the cooking. I am not much of a cook. It’s not one of my natural talents. Nigella would be there for the cooking.

I am a big fan of Simon Cowell, bit of a role model, bit of an idol as a business man and what he has achieved. I was very lucky to meet him, I interviewed him for TV for a documentary I was working on, it was very surreal but lovely.

Michael Bublé, to do a couple of songs.

Blake Lively. She’s my ideal woman. She’s the one who got away.

Massive guilty pleasure. Shouldn’t be revealing this. One direction, they’re in, my boys, love the banter. They’re in.

Miss Squiggles: That would be quite a dinner party, nice selection.

David: Only Men Aloud are the Welsh version of One Direction.

Miss Squiggles: Which one would you be?

David: I can’t pick one. They are all cool.

Thanks to the lovely Park Plaza for providing once again an amazing location and a just as amazing Gentlemen’s Afternoon Tea. Miss Squiggles loves you, guys, always a top-notch service, always a great atmosphere… 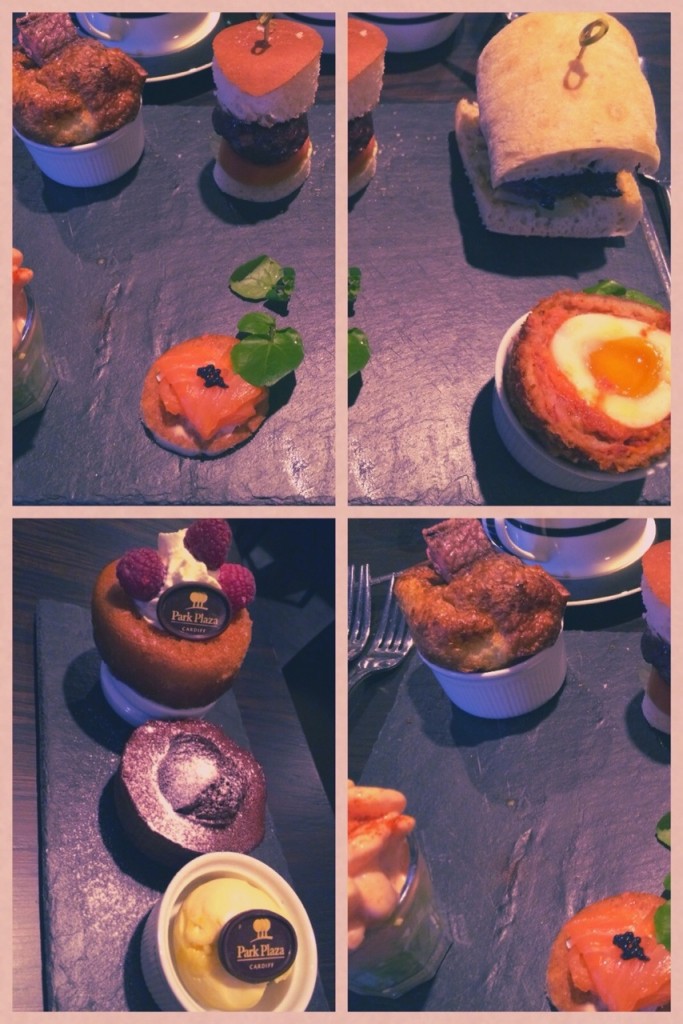 We both loved the teas and when asked David if he could choose between anything, he really couldn’t.

From her side, Miss Squiggles is still dreaming of the Severn & Wye smoked salmon blini with dill creme fraiche & caviar (yes, caviar) but if you really want to know, she really, really liked:

The Roast Sirloin of Welsh Beef & horseradish stuffed Yorkshire Pudding. The beef was just amazing and the pudding was…I think I died a little bit inside (inside because the interview had to go on and you can’t possibly die if something is too good).

The Warm Chocolate fondant with clotted cream. I have no words to describe it. It melted in your mouth the only way brilliantly crafted chocolate does…and always, always give Miss Squiggles clotted cream, she will be your friend forever.

If you want to find out more about the phenomenal afternoon teas at Laguna Kitchen & Bar @ the Park Plaza please visit: www.lagunakitchenandbar.com for more information or give them a call (029 20 111 103), they’re absolutely lovely.